Milan
I decided to make a reservation for the train ride to Milan. Just to be safe.
This time, I had a sleeper bed in a 4-bed cabin. Was sharing the cabin with an old Italian Couple. I felt they were scared of me for some reason. They were staring at me the whole time I was going in! Kinda uneasy you know.
I felt wrong. The next morning, the couple offered me a cup of Italian Coffee and a piece of cake. Initially, I didn't want it because I was afraid that they didn't like me and wanted to poison me with the drink! Ok, just kidding. Of course, I accepted their kind gesture and I got to taste the best coffee in the whole of Europe! Hey, that was home-made Italian Coffee! It was black coffee but it was perfectly sweet and perfectly fragrant. I thought it was going to be bitter but the sweetness was just perfect.

I can't really compare it to the Vietnamese Coffee that I drank in Vietnam because they are different. Both are just as good! But if you were to force me make a decision on which one I prefer, I would say the home-made Italian Coffee from the Italian couple. Because it was special. Never tasted coffee like that before.
After a great small cup of coffee, I arrived in Milan with my mouth full of coffee smell. Great coffee smell I must add.
I took the Metro and went to Duomo di Milano (or Milan Cathedral). The Gothic Cathedral took nearly 600 years to complete and is the forth largest cathedral in the world!
(Duomo di Milano) 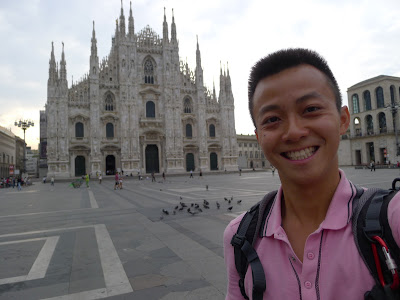 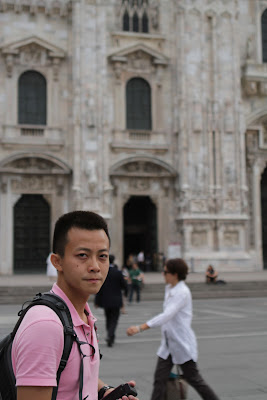 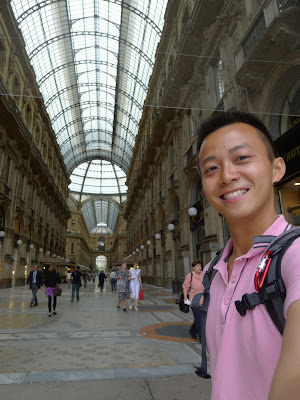 Walked around the streets of the City of Fashion. Just in case you do not know, Milan is not only the home of Armani, Bulgari, Gucci, Versace, Valentino & Prada. It is also the home of Leonardo da Vinci's famous painting, The Last Supper.
(A street in Milan) 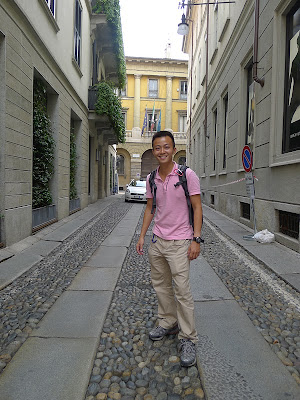 There was a Restaurant in Milan called Paper Moon that was highly recommended. I was told that they serve very good pasta. So I wanted to try their Carbonara since it was supposed to be very good. But when I finally found the place, it wasn't opened yet. It was 11am. The restaurants in Milan open only at 12:30pm. That is Italian time, I was told.
My train departing Milan was at 1pm so I would not have the time to eat there. What a pity! I will go back to Milan again! 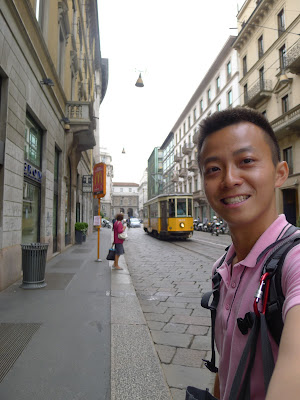 So I resigned to the fact that I can only eat Milanese food at the cafes along the streets. I thought that it should be ok since I was in Milan. The thing is that, the pastas in the cafes are all "pre-prepared" pastas. I ordered Carbonara and hoped for the best. It was awful.

I can't believe that the Pasta (Carbonara) could taste so bad in Milan. I know I was at a Cafe and not a Restaurant. But surely it couldn't be that bad? Seriously, I can cook better Carbonara than that and I'm not even boasting. (But hey, my Carbonara is really very good. Better than some restaurants in Singapore! Yes, now I'm boasting.) I was greatly disappointed with the Pasta and decided that I need to eat something better to compensate that.
I saw a pastry cafe while I was walking and noticed the number of people inside. It must be good. At least the smell was. Went inside and bought a slice of pizza that many people were eating.
Rushed back to the train station and boarded the train. Ate the pizza and it was superb. Great Italian Pizza! At least I ate something nice in Milan! 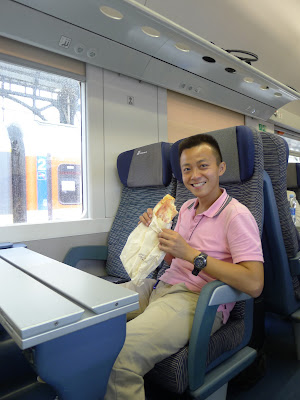 Off I went to Lucerne, Switzerland!


Lucerne, Switzerland
Arrived in Lucerne after 3 hours at about 4pm. The view from the train ride was spectacular.
I immediately fell in love with Switzerland.
Lucerne is soooooo beautiful with its pristine lake and the Swiss Alps. I can't stop smiling as I walked around the place. 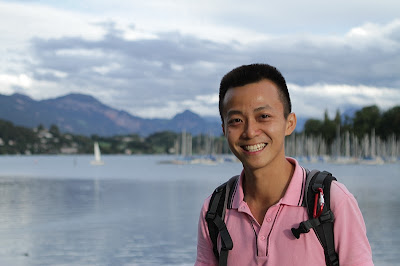 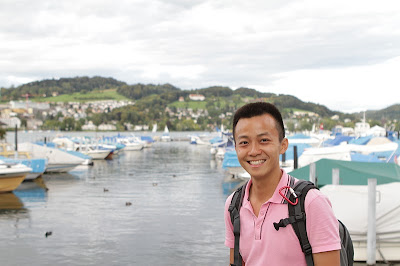 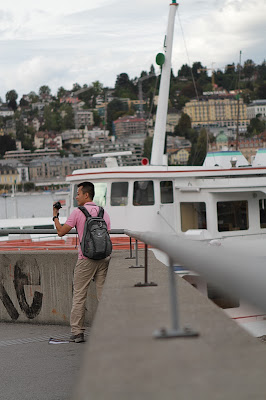 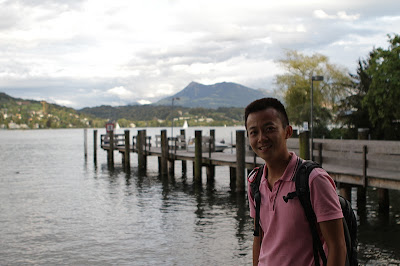 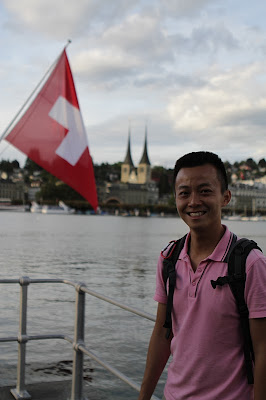 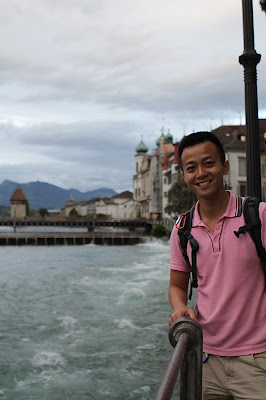 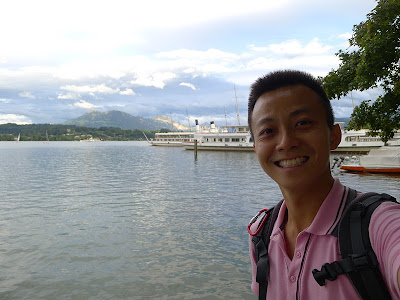 Went to one of the city's landmarks - Chapel Bridge. This is the oldest wooden bridge in the whole of Europe!
(Chapel Bridge) 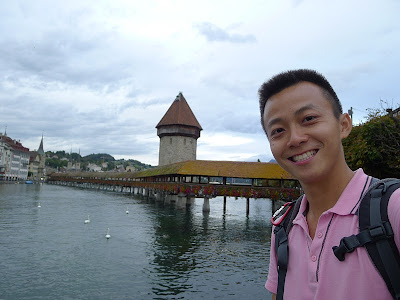