This is a video update for Day 17-18: Trans Siberian Train; China-Mongolia

Watching the world go by on the train...
(Watch in full screen)
Posted by Peter Lau at Thursday, April 05, 2012 No comments:


LAST DAY of my LAND TRIP TO EUROPE.

The Nobel Peace Prize is often described as "the world's prestigious prize" and as per Alfred Nobel's will, it is to be awarded in Oslo. Till now, nobody knows exactly why he chose Norway as the country to administer the Peace Prize. He was Swedish, after all.

Anyhow, I wouldn't give up the opportunity to visit the Nobel Institute. It took me more than 2 months to arrive at "Peace City". So I went.

This is the place where the recipient(s) of the Nobel Peace Prize is selected:
(Norwegian Nobel Institute) 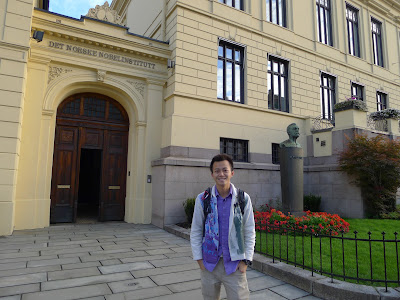 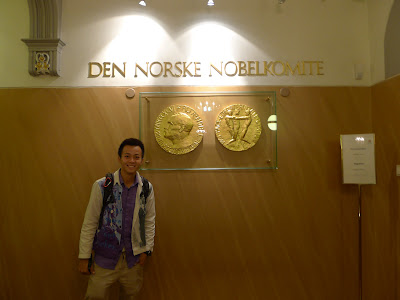 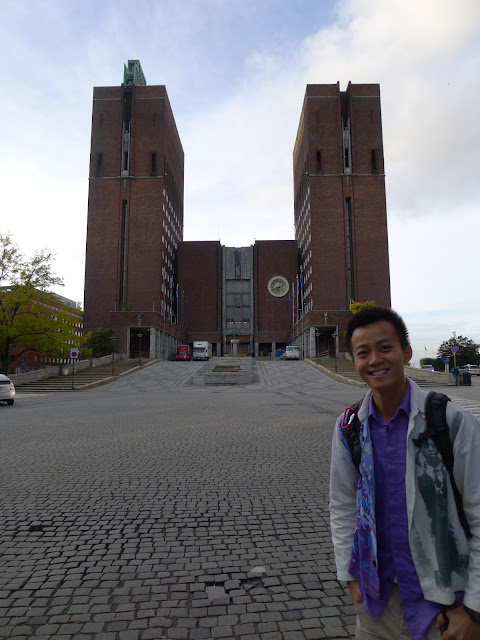 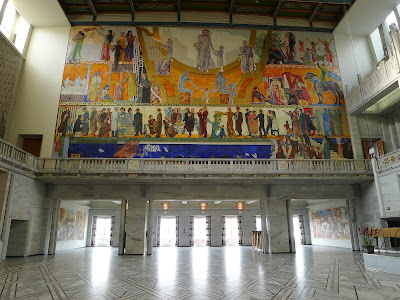 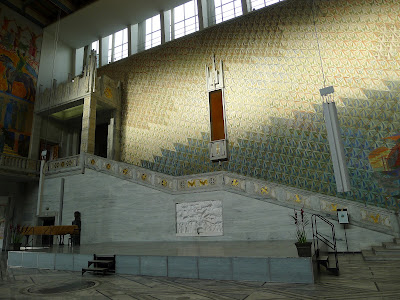 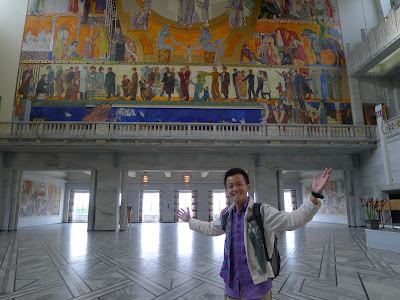 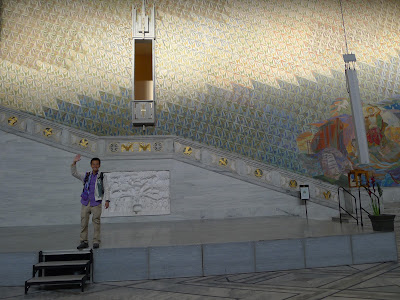 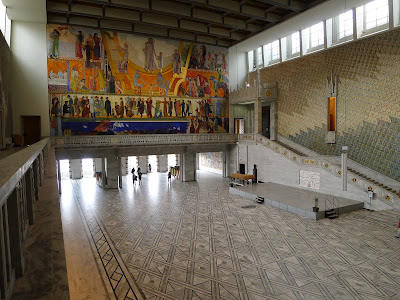 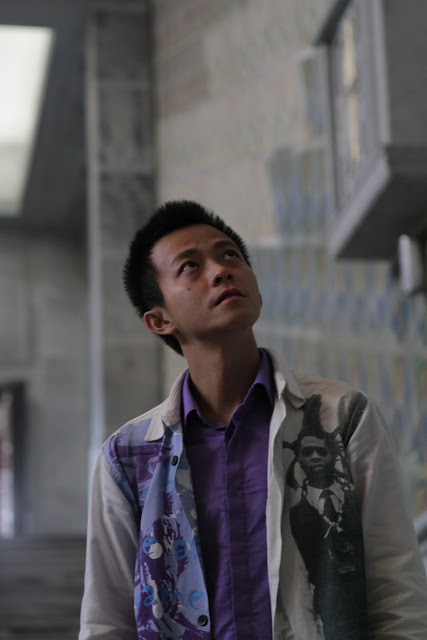 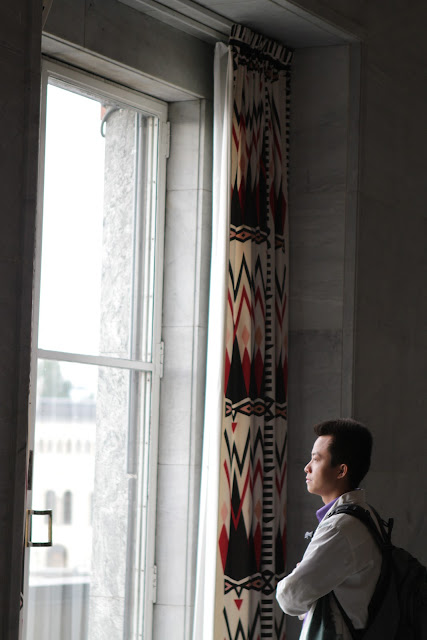 After feeling at peace,  I left the Oslo City Hall and went to a cured meat specialty shop. I bought a whole lamb leg! And that set me back by SGD$500! It was really good. And it can be kept for a whole year!

Time was running fast. I had 2 more things to before I head back to Singapore. The first thing? Shopping! Shopping for gifts... I made a last minute dash to a nearby shopping centre and got mostly food stuff. I can't simply go home empty-handed after 2 months right? I couldn't buy much stuff while I was traveling as that would add to my already heavy load. And since this was the last stop, I could afford to carry gifts/souvenirs to the airport.

The second thing I wanted to do was to visit the site of the Oslo bombing. On 22 July 2011, Oslo was the site of one of two attacks; the bombing of Oslo government offices in the city, and a shooing at a youth camp in Utoya. Both hideous acts were carried out by the same crazy person. The Norway Attacks happened just less than 3 months before I arrived in Oslo and I wanted to pay tribute to the innocent people who lost their lives. 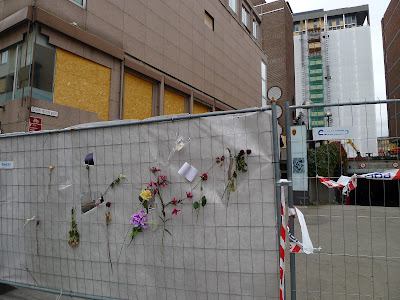 It was truly a sad sight to behold.

With that, I went back to my hostel with a heavy heart and packed my heavy bag.

I had so many things to pack and I had a train to catch to the airport! I finally managed to squeeze every thing into my HUGE haversack, which made it "HUGE-ER", and ran to the Oslo Train Station. I was just in time. It took me quite a while to catch my breath on the train. I was thinking, "What if I really missed the train?"

Got to the airport and checked my luggage in for the first time in my whole LAND TRIP TO EUROPE!!! I then realised how I got used to taking the train from place to place for 2 months. Airport seemed so foreign to me.

Well, some people asked me how I was coming back to Singapore. Was it going to be by Land too? I told them that I may be crazy, but not that crazy. It was crazy enough for me to travel to Europe all the way by Land, and I didn't have the luxury of money and time to do the same coming back. Yes, I did say that it was a Land Trip TO Europe, but I didn't say it was a Land Trip BACK to Singapore!

And if you are still wondering, let me just say that it is a whole lot cheaper to fly to Europe and back to Singapore than to travel  to Europe by Land.

I arrived in Singapore the next day and was pleasantly surprised to see my Dad at the airport waiting for me. I had asked him to save the trouble and not to come pick me. But of course, being a wonderful Dad that he is, he was the first familiar face I saw after 2 months.

To be honest, I hesitated writing this final post for a long time. Because part of me didn't want it to end. It was so surreal, traveling for 2 months. Experiencing a different city almost every other day.

This once-in-a-lifetime experience would not be possible without the following wonderful people.

First, I would like to thank Ernest for allowing me to go for 2 months. Thank you Kate & Kelly to cover my work while I was away.

All thanks to Bert for the inspiration!

Thanks to Seng Yew for taking beautiful photos & video for the 2nd half of my journey.

I know I made my parents worry the most while I was away. Thank you Dad & Mom for trusting me and allowing me to take the risk.

Special thanks to my beloved girlfriend. Thank you for being with me throughout the whole journey even though you were not there physically. She was the one who made all the arrangements and co-ordinations along the way. It was tough on her as there were many hiccups and last minute changes during my trip but she managed to handle all the issues with ease.

A big thank you to all of you who were "traveling with me" during that 2 months. Thank you for your kind words of encouragement through my blog, Facebook, Twitter, YouTube, and email. Just to let you know, I read all comments!

Above all, I would like to thank the Good Lord for sending his angels to protect me, keeping me safe & healthy. And that I came back to Singapore in one piece! (Although 5kg lesser.)

When one chapter ends, a new chapter begins. The most important thing is to have no or little regrets. As I now embark on a new chapter of my life, I am even more excited because of what the future holds for me.

Talk is cheap. No point talking and not doing. This is my personal challenge to you: Go do the things you said you would do but never did. I challenge you to achieve the things you never thought possible. Go make your dreams a reality. I never said it was easy. But it is not impossible either.

You can be sure that this is not the end. As this is the beginning of a lifetime of travels for me! Yes, I'm already planning for my next trip! Anyone interested?