Walked out of Venice train station as if I was Johnny Depp. Took out my map and waited for Angelina Jolie to pick me up on a water boat. She didn't come.
I moved on.
Got my ticket for the water-bus and it costs 6.50 Euros! Double whammy. Why Angelina Jolie didn't come to pick me up?
Anyway, I was so excited to be in one of the loveliest cities in the world! 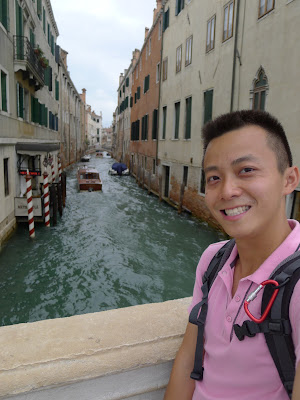 Getting around the filming location of The Tourist was an adventure in itself. The city comprises of more than 100 canals in the city and 118 islands in the main districts. Venice is like a water city to me.
The city is very walkable with more than 400 bridges connecting the islands. Of course, the best way to experience the city is by water-taxi or water-bus. Gondolas are too expensive to even consider. Average price is about 80 Euros (SGD $140)! No, I didn't take the Gondola. Maybe next time with my wife?
(In Lido. Just found this funny.) 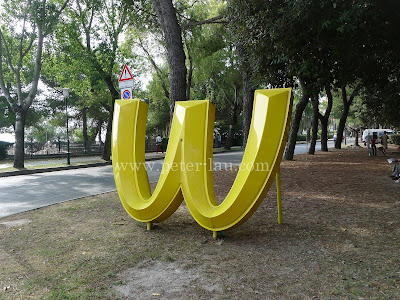 Went to Lido island to meet Charles Lim and Li Lin. They are the talented people behind the only Singapore nominated film in the 68th Venice International Film Festival. Charles is the director of "All the lines flow out" which was in Venice for competition. Really privileged to meet them.
Because of them, I got a Film Delegation Pass which allowed me to go almost anywhere in the Oldest Film Festival in the world! Anyone can visit the Film Fest but you need to buy tickets to get in. And usually, the priority to watch a screening is given to the press and people in the industry. (They are the ones who have special passes, like mine!) 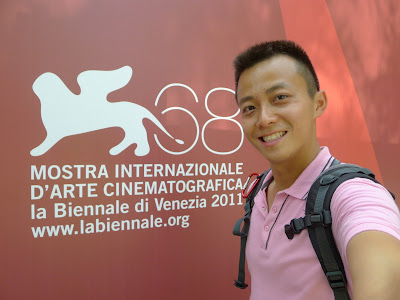 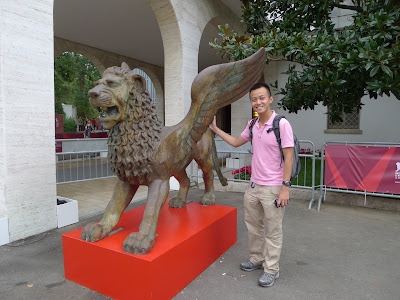 Since I was there, I need to make the best use of the Pass that I got. Some of the popular screenings were difficult to catch because you need to be there early to queue for it. And once the theater is full, you can't go in. I missed a screening because it was full before I got there and quickly looked for another screening at that time. Went to the next building and waited in the queue. And I got in! They let me go in first because I have the pass! I have no idea what I was watching because it was in Italian (I think). I just wanted to watch something there. Hey, it was the Venice Film Festival ok! So, I pretended to understand and pretended that I know how to appreciate the film.
Still don't understand.
(The Red Carpet & main stage) 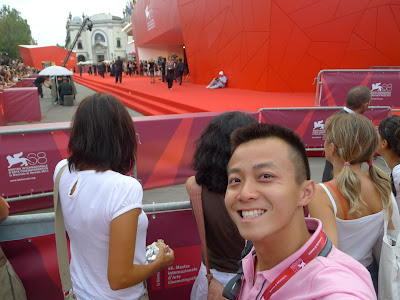 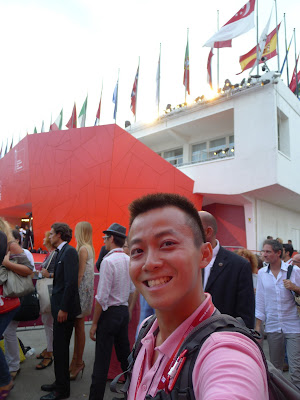 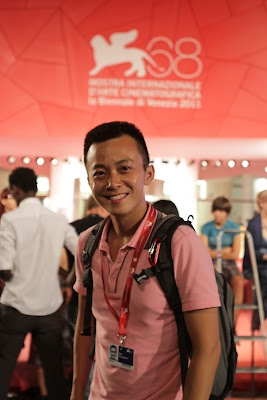 In the short day that I was in Venice, I managed to squeeze out some time to visit the other islands. Wanted to see some of their main attractions. The only problem was that there was a boat race going on and the water-bus from Lido only goes to one station in Venice. The rest of the station were closed due to the race. That meant that I had to walk quite a fair bit (30mins) to reach the main sights.
Was running half the time to Piazza San Marco.
(Winged Lion - the symbol of San Marco.)
(I trained the bird to fly pass on cue! Cool right?) 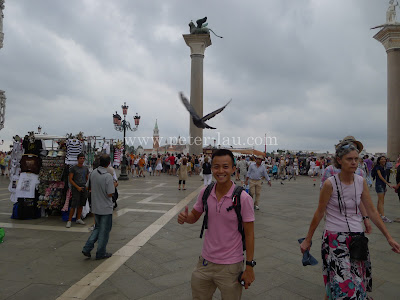 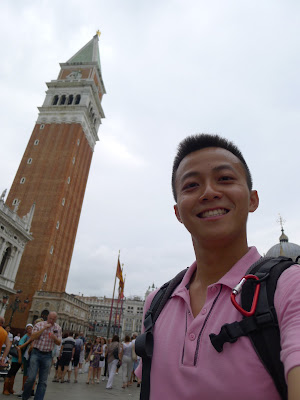 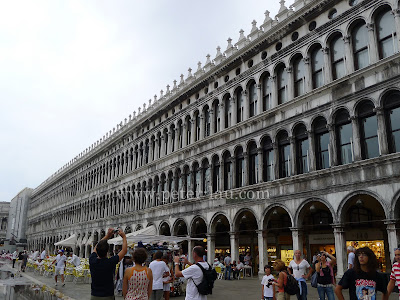 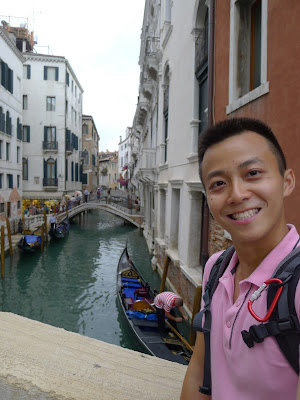