I missed eggs so much that I just had to eat it. I bought some eggs from the Supermarket (my favorite place) the previous day and fried 2 Sunny-side ups for my breakfast.
Met Raul, a nice young man from Mexico, and decided to join him to visit Catherine's Palace. It was quite a long journey - 1 hour and a half.  Took the Metro and transferred to a bus.
Catherine's Palace is huge and has a huge garden and a lake that goes with it. 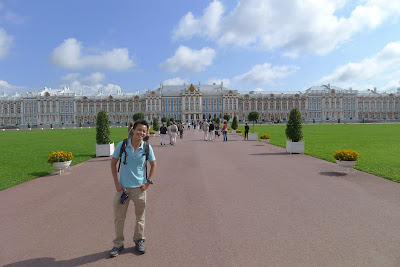 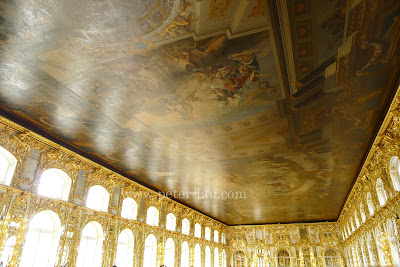 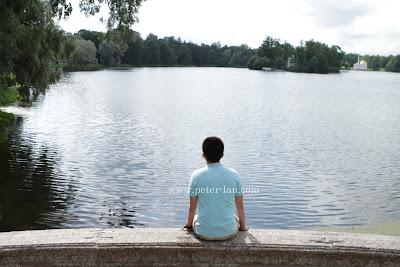 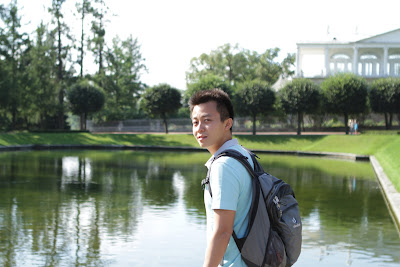 Went to Peter & Paul Fortress for a while and headed to Peterhof Palace.
On the way to Peterhof Palace, my traveling partner, Seng Yew and I were pickpocket targets! While waiting for the train in the underground Metro Station, there were 2 guys who kept staring at us. They were wearing typical sports jacket and were following us. We tried to move to another section but I saw one guy was on the phone and kept staring at my direction. As he came nearer, I maneuvered my way into a crowd of people and went the other way.
First, you must understand that before I noticed 2 guys staring at us, there was this Russian girl who came up to me and asked for directions in Russian!!! Hey, no matter how you look at me or which angle you look at me, I still don't look like Russian or like someone staying in Russia. And I read that pickpockets usually work in pairs or in a group. So that girl was obviously a distraction and I just said "I don't know" and walked away.
We made sure that the 2 guys were not in the same carriages as we boarded the train. The carriages in Russia are not connected like the MRT in Singapore so the guys would not be able to come anywhere near us. We also made sure that they were not following us when we alighted.....Close shave!
Fountains are the things to see in Peterhof Palace. But I arrived only after 5:30pm, which meant that the fountains were already switched off. The good news? The entry ticket price is much cheaper.
Without the fountains, I could already see the grandeur of the place. The Grand Cascade is truly magnificent. I could only imagine how it would look like when the fountains were on.
(The Grand Cascade) 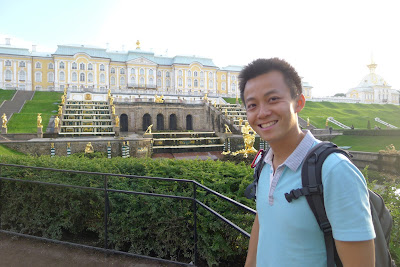 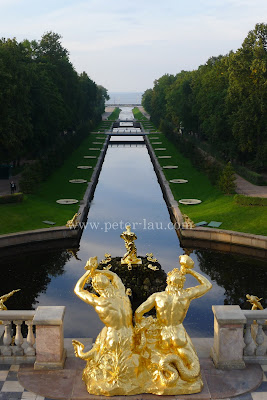 I booked the tickets to the Hermitage Museum online to avoid long queues there. It is a little more expensive compared to getting it at the ticket booth, but the price includes video and photography, which you need to pay additionally if you get the tickets at the Museum.
The Hermitage Museum is one of the largest and oldest museums in the world. It was founded in 1764 by Catherine the Great. Its collections comprises of nearly 3 million items, including the largest collection of paintings in the world.
For a person who doesn't know how to appreciate art, I spent more than 3 hours in the Hermitage! It is definitely a must-go place in St Petersburg (MY CITY). Yes, even if you don't know how to appreciate art!
(Lenin's Statue outside Finland Station) 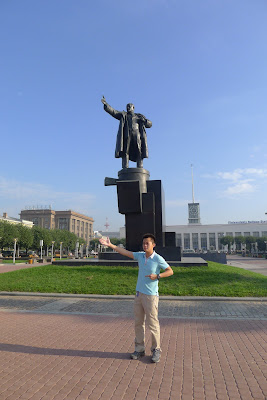 (Church of the Savior on Blood) 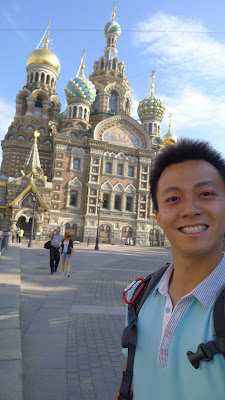 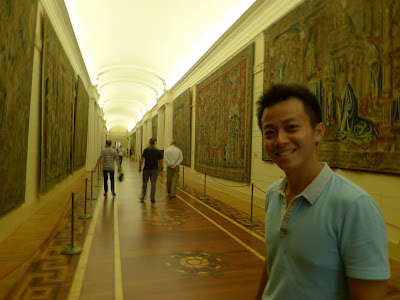 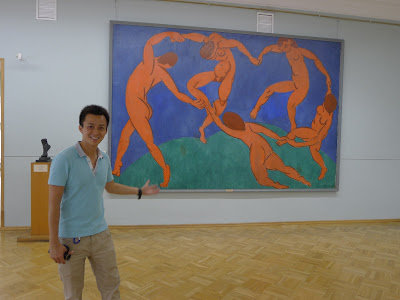 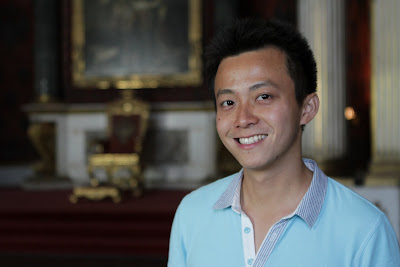 On the way back, I walked to see St Issac Cathedral, which is the largest Russian Orthodox cathedral in the city and one of the most popular attractions there. Look at the main dome. It is plated with pure gold!
(St Issac Cathedral) 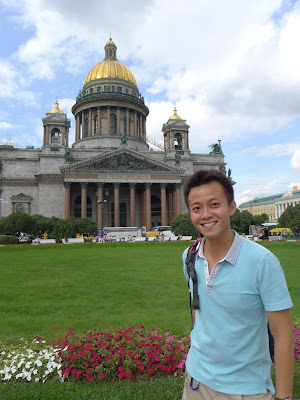 Took some photos and went back to get ready for my bus trip to Riga, Latvia!!!