I kept to our agreement and met Paul at his hotel at 1:15pm sharp. I wanted to eat at those stalls that have small little stools and small little tables but after sitting down at one small little stool, I found it quite difficult to eat. Of course, it was a lot worse for Paul as he has long legs.
We went to a nearby stall that has normal chairs. Ate Chicken Soup Noodles this time. Ordered Vietnamese Coffee again and this one was even better than the one I had the previous night. 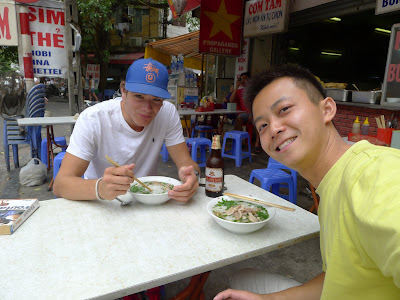 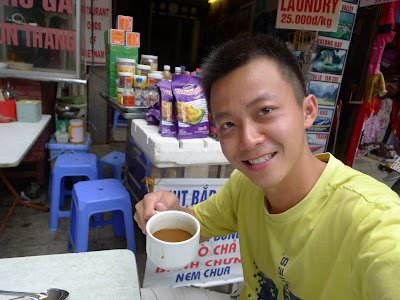 Paul mentioned that he wanted to see the Ho Chi Minh Mausoleum so I happily joined him. How did we go there? We took a motorcycle. I repeat. We took a motorcycle. That means 3 adults were sitting on one motorbike (including the "motorbike driver"). Can you imagine that? Hey, when I was in Cambodia last time, I saw 2 adults and 3 kids on one bike. But now? 3 adults is a different story. Especially when I'm one of them! Quite an experience really.
Reached Ba Dinh Square where the Ho Chi Minh Mausoleum was located. Impressive. This is a large memorial to the Vietnamese leader - Ho Chi Minh.
(Ba Dinh Square) 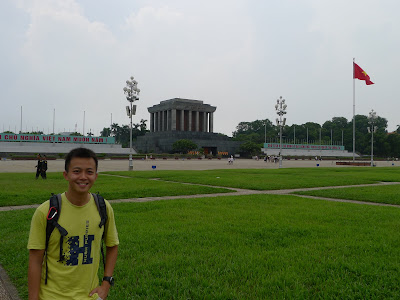 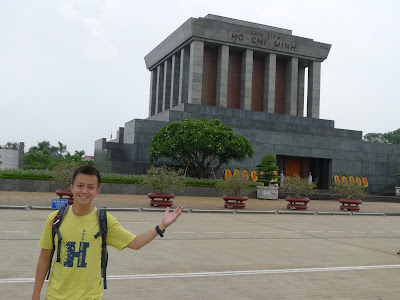 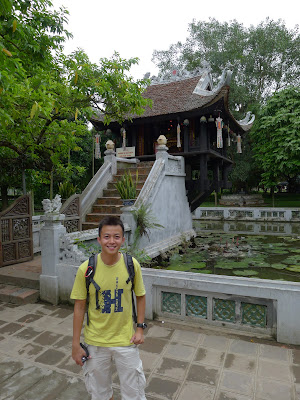 Since it was still early, we decided to walk to the Temple of Literature. We got lost along the way and ended up walking into many small & narrow alleys. Those were the residential areas where people lived. You could see the houses & the conditions that the locals lived in. Not a pleasant sight. Fortunately it was day time. If it was at night, I reckon that it was be quite scary to walk in those areas.
The "temple" was founded in 1070 by Emperor Ly Thanh Tong, and is dedicated to the Chinese philosopher, Confucius.
(Entrance to Temple of Literature) 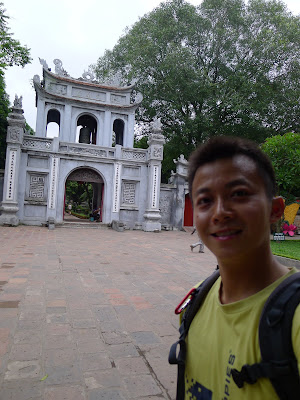 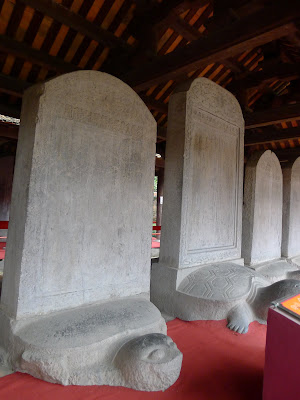 It started to rain when we were at the Temple of Literature and decided to go back to the Old Quarter after we have seen the place. This time, we took a taxi.
Paul brought me to a cafe called Avalon Cafe Lounge to chill. He likes the cafe because it overlooks Hoan Kiem Lake and the city. He says that this is the best place to watch sunset in Hanoi. 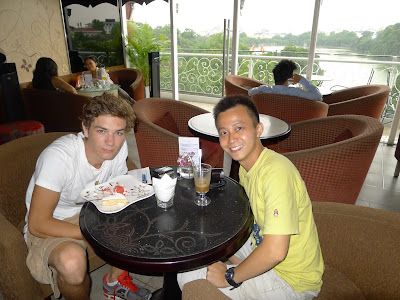 4:45pm. Paul has got a skype meeting and I've got a train to catch. We parted ways and told him that I'll be in touch with him.
I walked all the way back from the Old Quarter back to my hotel which was near the Railway Station. It took me about 15mins. I think that it was quite ok. Saved some money too.
Took my bags and went to Hanoi Railway Station. After looking around, I finally found my train. 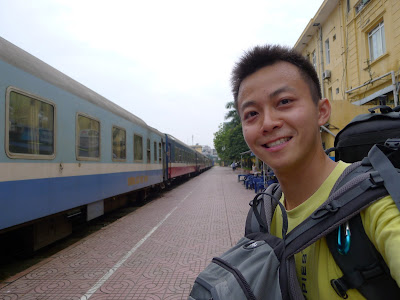 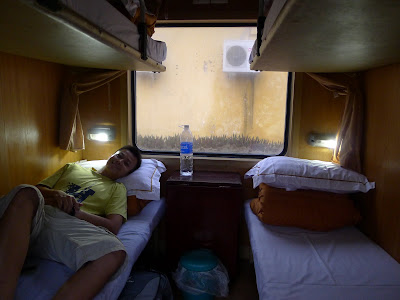 Reached Dong Dang (where the Vietnam Immigration office is located), at 10:40pm.

It was dark and scary when I hopped off the train. And there were only 2 more passengers along with me. Got my passport stamped and I'm officially out of Vietnam. 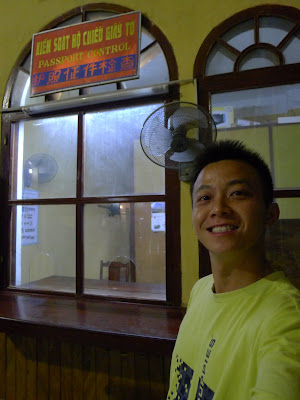 Transferred to the China Train and the cabin is nicer!!! 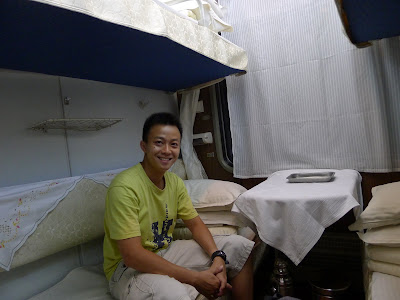 7am. The train stopped at Nanning, China. I followed the other 2 passengers to take a walk along the streets of Nanning. Big contrast compared to Hanoi. The place is well built up with big and high-rise buildings. Saw their street market and it was an eye opener.
(Nanning Street Market) 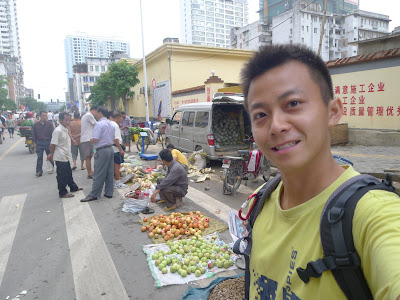 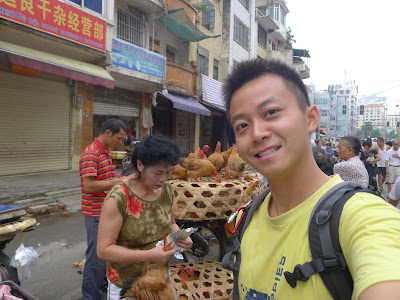 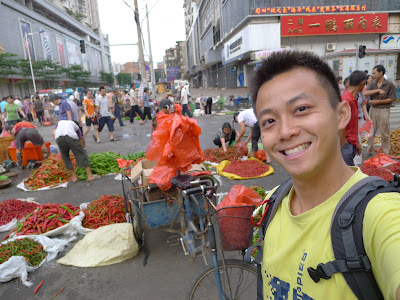 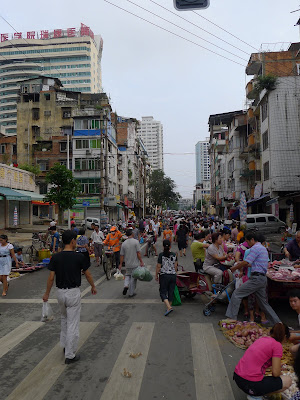 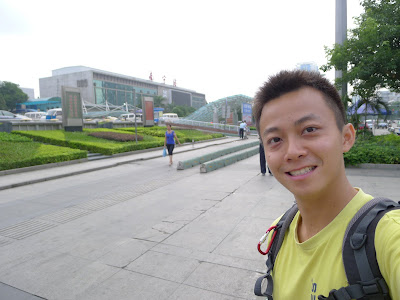 Went back to the station and continued my journey. The train stopped several times at various stations and there was a 2-hour delay at one of the stops. As I was the only person traveling from Hanoi to Beijing (the other 2 passengers alighted before Beijing), I met many people who came and left my cabin.
11 Aug 2011 (Day 11)

Finally, after 44 hours, I arrived at the Capital of the People's Republic of China -- Beijing. I alighted at Beijing West Station. Hoards of people at the station, and almost everywhere else. Had to squeeze my way out of the station. Wanted to take a bus but it was too crowded. And carrying such a HUGE Haversack didn't make it any easier. Hopped into a taxi headed for my Hostel (which is near the main Beijing Railway Station). 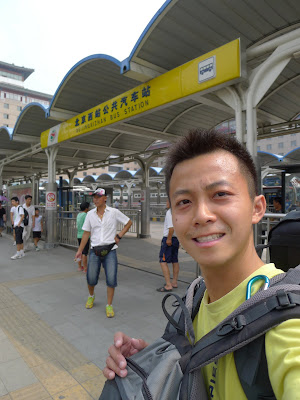 Checked-in. Dumped my bags on one bed and jumped onto the other bed. Then I realized that the bed was hard! Ouch! (The matteres is really thin.) 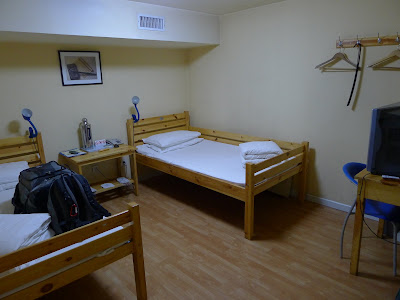 No toilet in the room so every time I need to do some business, I need to walk to the shared toilet.
Need to collect my Trans-Siberian Train Ticket (the train to Russia) from a office building. Asked around for directions and took the Beijing Subway for the first time. It is cheap! Only 2 yuan (SGD$0.40) to almost everywhere. Quite easy to use too!
(Inside the subway train) 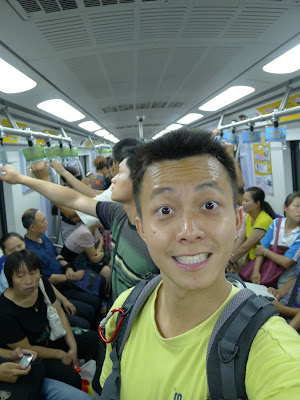 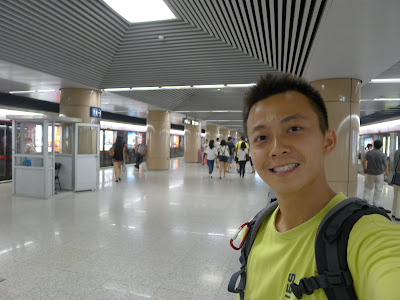 Collected my ticket and went back to find some food. My first proper meal in 2 days! (I was surviving on biscuits for the whole duration of the train ride from Hanoi).
Ate Beef Noodles. Not very nice. I was so hungry I went to a Chinese Fast Food Restaurant and ordered more food. It is called "Real Kung Fu" and you can see Bruce Lee at the background. Nice... 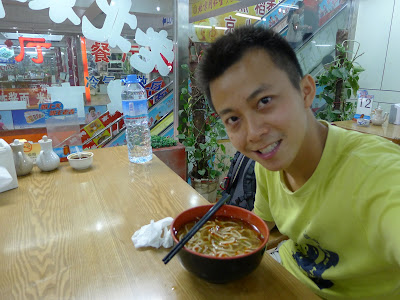 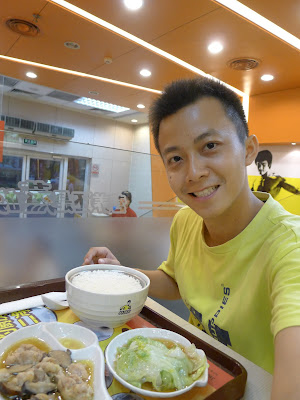 I'll be staying in Beijing for a few days. 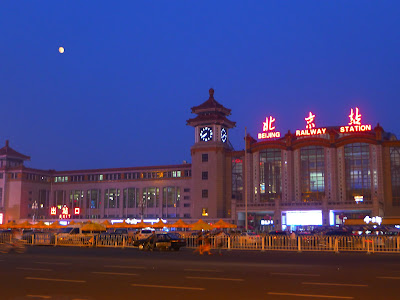