Where to go? That was my question. 4 years ago, I came to China and went to Wang Fu Jing (which is probably the most famous shopping district in Beijing). I decided to go back.
Took the Subway and reached Beijing's Orchard Rd (so to speak). 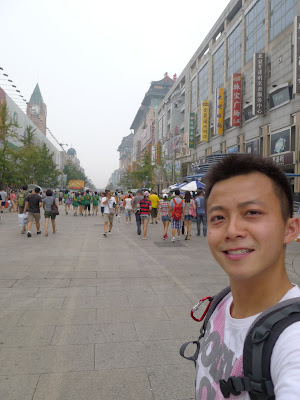 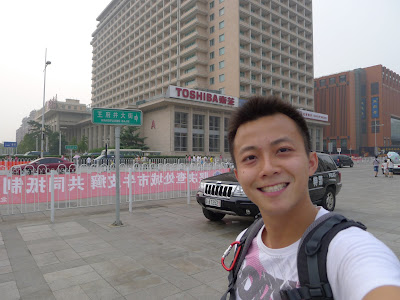 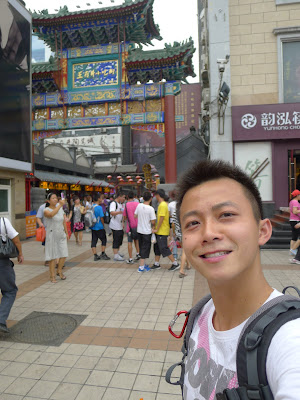 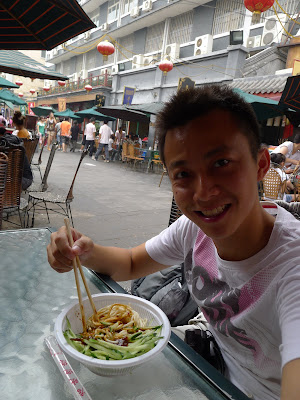 Oh, if you ever go to Beijing (Peking), you must definitely eat Peking Roast Duck. After all, it is from there right? Go to Quan Ju De Roast Duck Restaurant. That is the most popular place to eat Peking Duck. I tried it 4 years ago and waited more than 30mins in the queue. More than worth it! (I blogged about it in a previous post.) This time round? I gave it a miss. Was too pricey for my budget & wanted to try something else.
(Quan Ju De Roast Duck Restaurant) 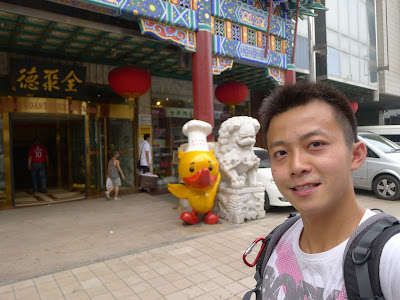 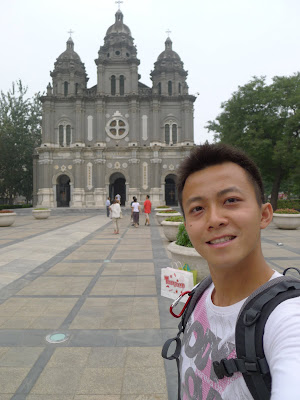 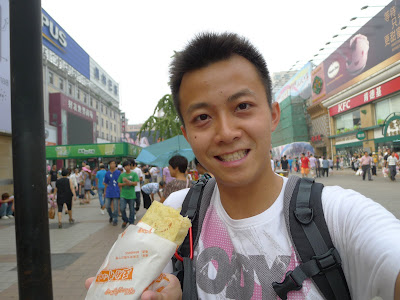 I did a lot of window shopping for the whole day. Walked from one Shopping Centre to another. Quite interesting to see some of the shops that they have here.

Did some grocery shopping before I went back.

13 Aug 2011 (Day 13)
Stayed in my room for pretty much the whole day. The only time I went out was for Dinner. Had curry rice at Viva Curry fast food restaurant. Nothing fantastic but it filled my hungry stomach. 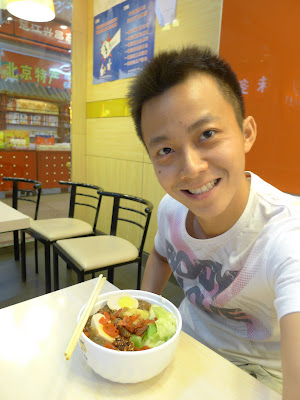 Did more grocery shopping before I went back.

Peking University was my next destination. It took me slightly more than 30mins to reach by Subway.
I was happy to visit one of the top 50 Universities in the WORLD! This is the place where many young local students dream of going. And it is tough. Real tough to get in. It is very competitive and you must be in the top 5% to get in.
(Beijing University-East Gate) 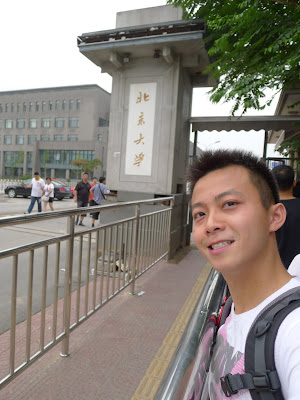 Because of its rich history and culture, Peking University has become one of Beijing's most popular tourist attractions. When I was there at 11:30am, there was already a long queue forming at the East Gate of the university. When I left at 2pm, the queue was even LONGER!!! Fortunately, I went earlier. 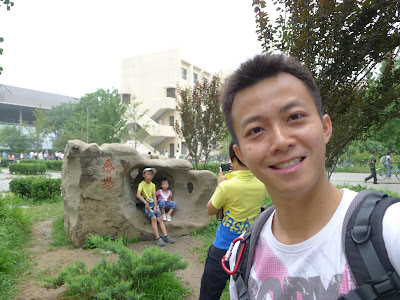 I was wondering why must we queue to get into the University Campus. Initially, I thought that we have to pay to get in, just like many other tourist attractions. But to pay to visit a University? It doesn't seem right. It was only later on that I found out that they were registering people who enters the campus. Whew.... 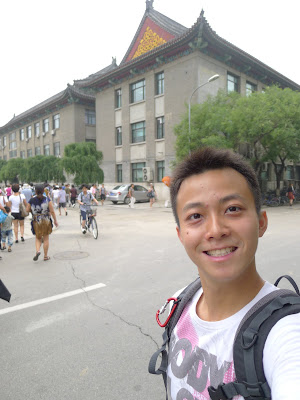 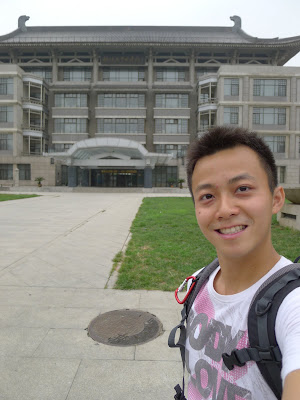 Toured the place and I could see the integration of the old and the new. The buildings on the Eastern side are modern and the ones on the Western side are traditional. 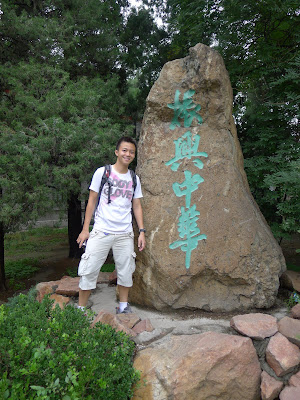 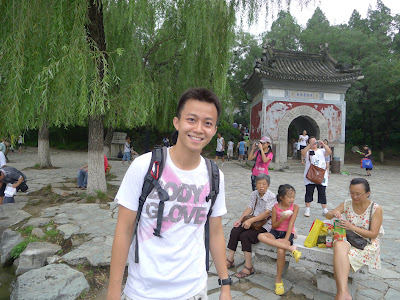 The campus has a huge Lake called "No-Name Lake" or "To-be-named Lake". In Chinese, it is called Wei Ming Hu. It means that the Lake is yet to be named. Beautiful lake. I read that in Winter, the whole lake will be frozen and people actually skate on the lake! Cool huh.
(Wei Ming Lake) 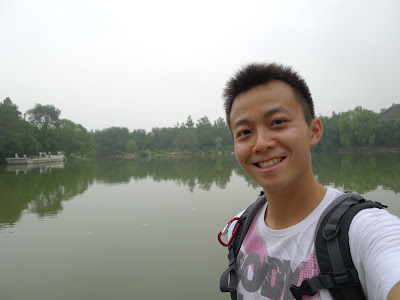 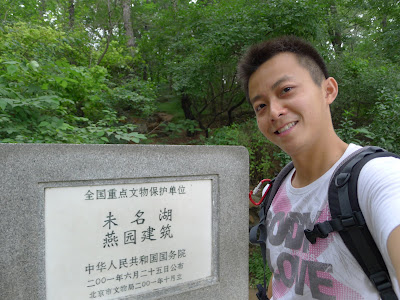 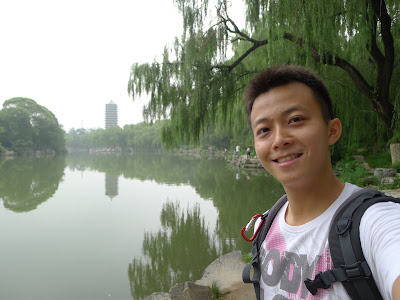 The West Gate of the University is a hot photogenic spot with endless tourists snapping pictures. 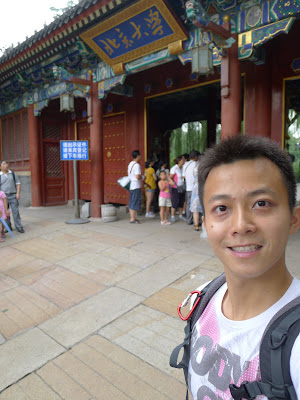 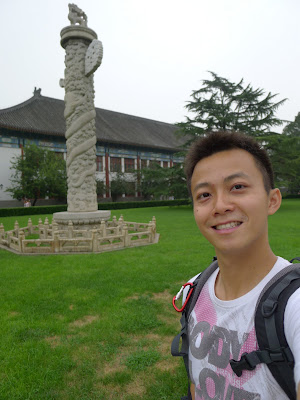 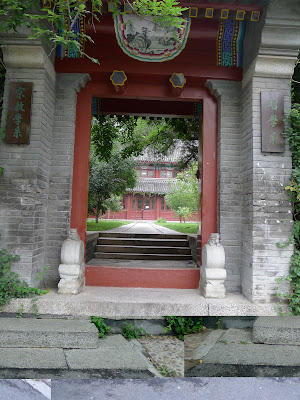 Left Peking University after 2pm and went to search for a recommended Restaurant that serves good Dim Sum. It was only 1 subway station away and it is at the "Zhong Guan Cun" Station. When I got of this station, I was bombarded with IT gadgets, Cameras, and Electronics. It was everywhere in the mall.
Went out of the mall and followed my instincts to East Ocean Restaurant. When I found it, I was taken aback because I saw that the restaurant occupies 2 floors of the building. Must be very good huh? They are known for their seafood and Dim Sum and I chose Dim Sum. It was close to 3pm and there were zero customers there. It was just weird eating alone in such a big and classy restaurant. Ordered 5 different dishes and I particular liked the "Xiao Long Bao", "Har Gao" & Chicken feet. Good stuff! 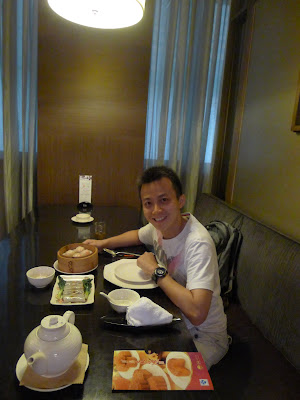 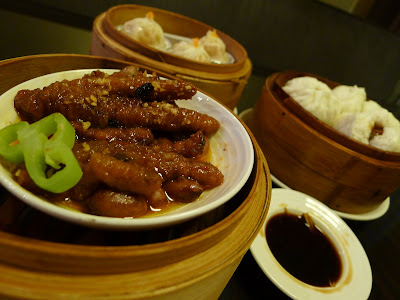 I thought that meal would cost me a bomb but it turned out to be 110 yuan (SGD$20). Considering that it is a classy and popular restaurant, I happily foot the bill and left.
Did a whole lot more grocery shopping before I went back. (Hey, I need to stock up food, snacks, water and other provisions for my Train ride to Russia.)
I knew that there was a Carrefour Supermarket nearby and went to look for it. Somehow, I spent more than 2 hours buying stuff!
Getting more and more excited that I'm reaching Europe soon!!!
Go visit Peking University and YOUR LIFE WILL NEVER, EEEEEEEEEEEEEEEEE.........................EEEE..........................EEVER, BE THE SAME, AGAIN!!!
Posted by Peter Lau at Tuesday, August 16, 2011

Hmm... and how's the weather there? Wondering what it is like in these temperate climates...