Arrived in the business and financial center of Germany - Frankfurt! The city is known for its futuristic skyline and the biggest German Airport.
(In front of Frankfurt Railway Station) 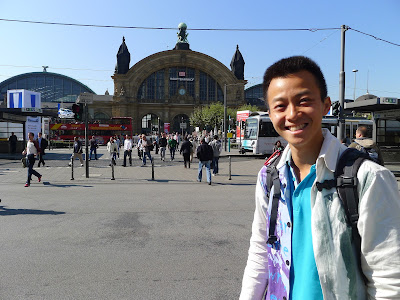 The first place I went? Senckenberg Museum. It boasts the largest exhibition of large dinosaurs in Europe. Apart from the main exhibit of the skeletons of the T-Rex, Long Neck dinosaur and the Triceratops, I must say that it wasn't worth the money paid for. It was quite disappointing. 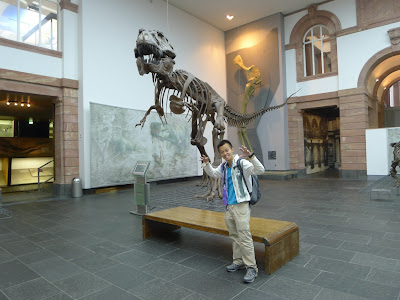 To bring me back from my disappointment, I went to the biggest Auto Show in the World - Frankfurt Auto Show! The best part? I didn't even know that the biennially motor show was going on until I was in Frankfurt.
The Frankfurt Auto Show is definitely a must-see for all car lovers. It is only held once in two years! Can you imagine? Once in two years! And I happened to be there when the show was going on! What a coincidence! Of course, I wouldn't want to miss out on this opportunity and I bought the ticket (which was only 8 euros) and immersed myself in the world of automobiles!
(Look at the dashboard! It is just glass!) 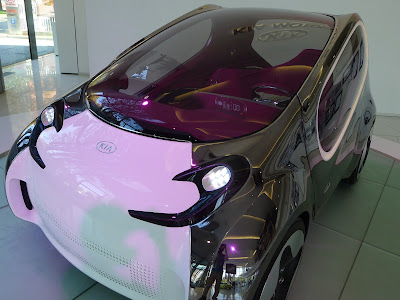 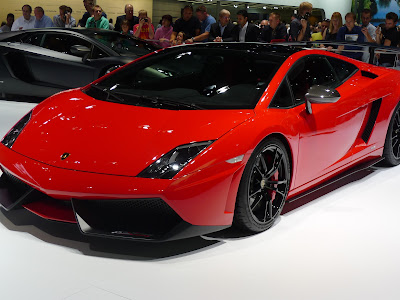 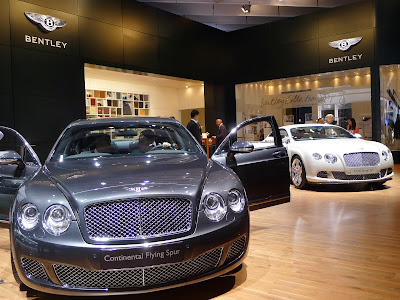 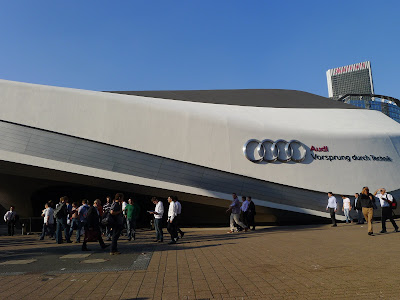 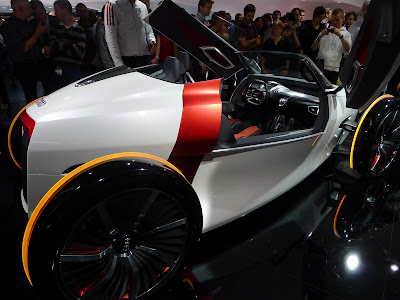 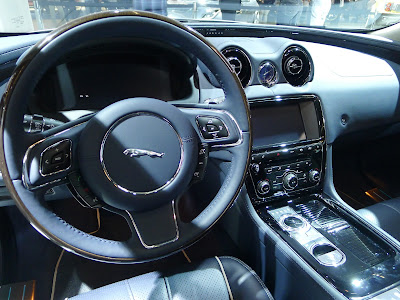 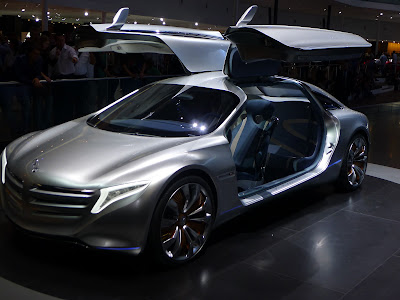 (Mercedes Benz had one whole building for itself) 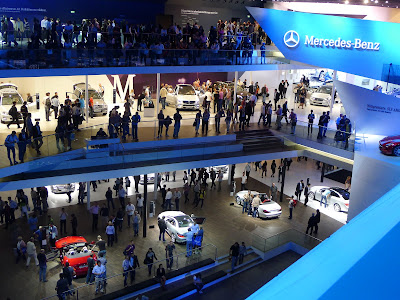 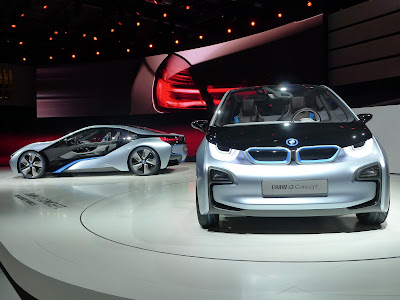 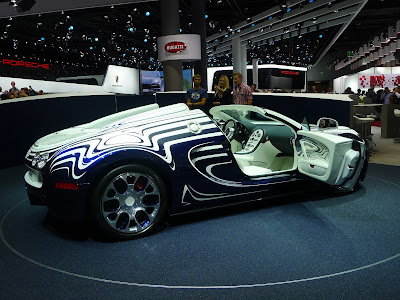 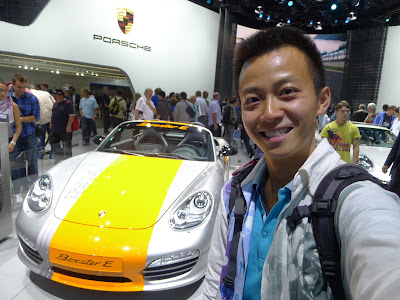 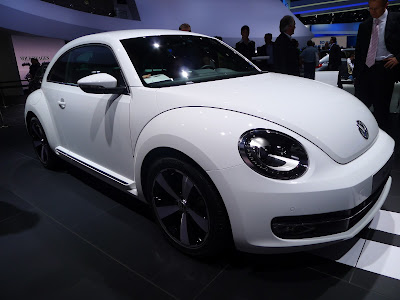 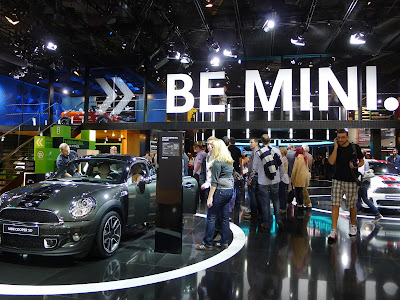 So, those are just some of the cars that I bought. What do you think? Nice? Anyway, I thought that I was going to spend only 1 hour in the Auto Show but I ended up staying there for 3 hours! By the time I left, it was evening already.
Quickly went to explore the city centre.

(Euro sculpture in front of Eurotower) 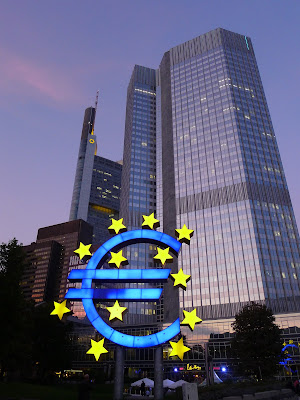 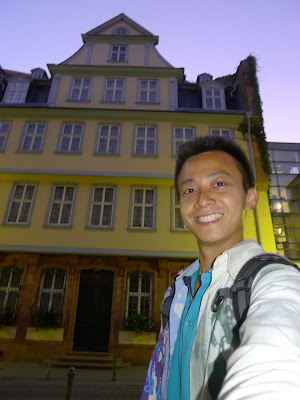 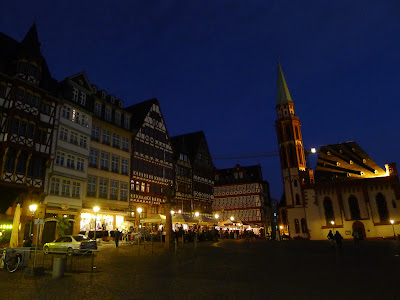 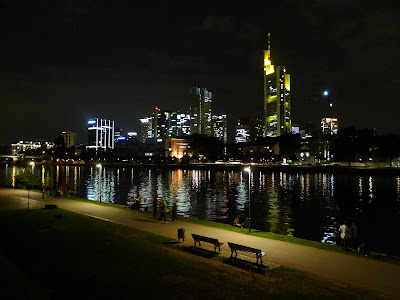 Oh, when I was walking around the city at about 7pm, I could hardly see anybody on the streets. The streets were so quiet that it was actually scary. When I was doing some video recording near a Paulaner Restaurant, I witnessed a pickpocketing incident.
There was a group of Chinese from Mainland China who were having their dinner and 2 locals (I think) walked passed their table and took a wallet and walked off. They didn't even run! They walked away! Then a Chinese man realised what was happening and stood up, walked a few steps and shouted. But by the time, I couldn't see the 2 guys already. The rest of the group still didn't know what was happening. It wasn't the wallet of the Chinese man who shouted that was stolen, it was his friend's wallet. He went back to the table and told his friend in Mandarin, "Hey, your wallet is stolen and you are still sitting here hehe haha.." Immediately, his friend stood up and wanted to chase but it was too late.
So please, never eeeeeeeee.......ever put your wallet on the table when you are eating!
After walking along the river, I went back to the hostel to blog. The next morning I was heading to Munich, Germany!
After seeing so many cars in one day, MY LIFE WAS NEVER, EEEEEEEEEEEEE......................................EEEE......................................EEVER, THE SAME, AGAIN!!!
Posted by Peter Lau at Thursday, November 03, 2011