After 1 train ride and 2 bus rides, I arrived in the small village of Porjus, Sweden. Yes, it is a village! It is not even considered a town. There are less than 400 inhabitants living there as we speak!
(On the right: The house I stayed.) 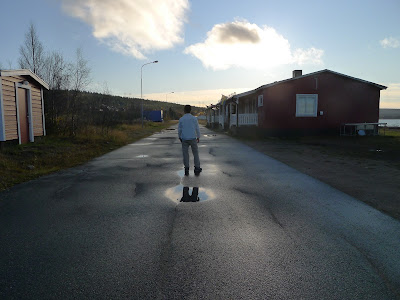 I love this tranquil and beautiful village! An outstanding place to do nothing! Well, there are actually things to do there such as, trekking, fishing, Moose hunting, taking photos, and that's about it. In winter, there are more things to do, such as ice-fishing, dog-sledding. reindeer sledding, ice-skating etc.
I was cold and hungry, so I went to the only grocery store in Porjus to get some supplies to cook. 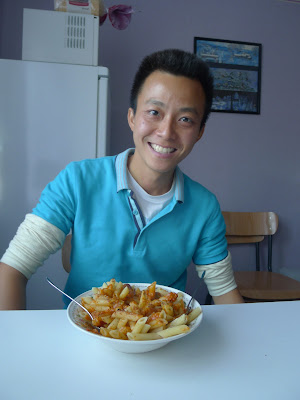 There was really nothing much to do here so I walked around the village and took lots of photos. I took more than 500 pictures in my first day in Porjus. I will only show you this much: 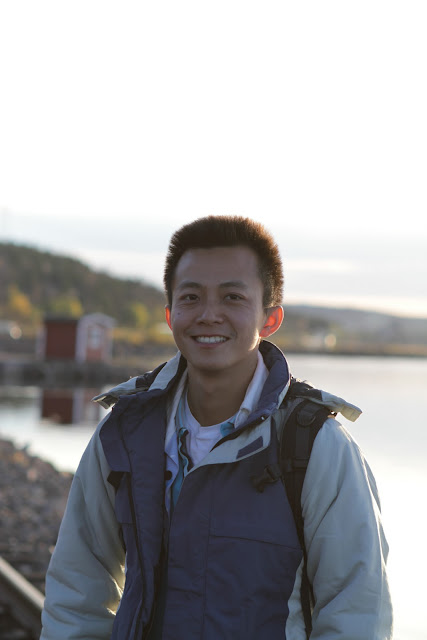 (Don't even know what I was taking photo with!) 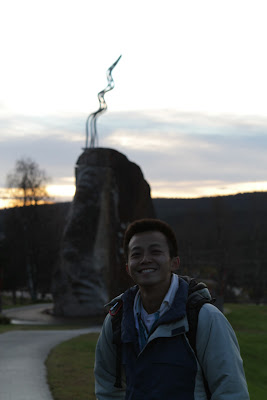 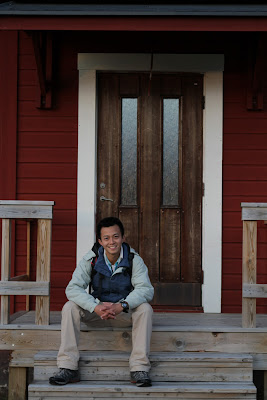 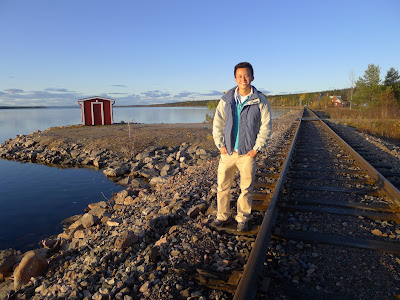 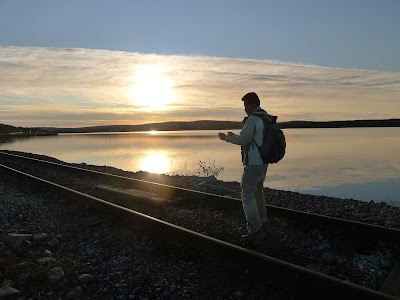 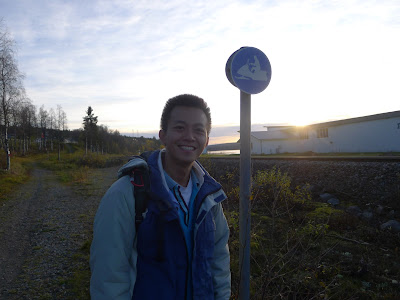 (I was bored, so I bought this helicopter) 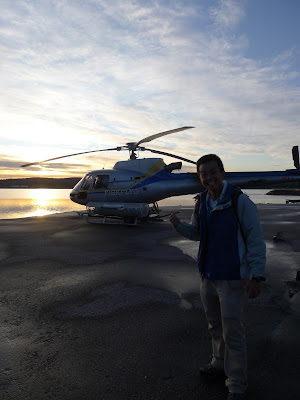 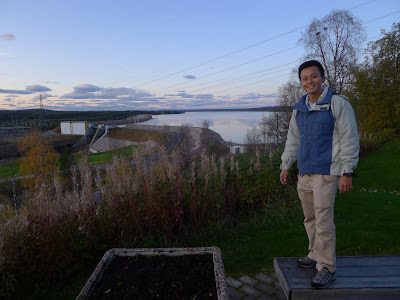 Well, my purpose of coming to Porjus was to see the Northern Lights. And it is not an every night thing. Sometimes it appears, and sometimes it doesn't. The best time to see it is during the coldest months of winter. The colder it is, the higher the chance of seeing the Northern Lights. It was only autumn when I was there but sources indicate that there is a high chance that I could still see it. 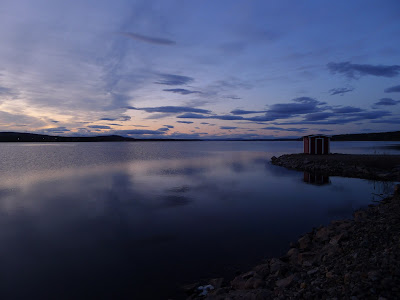 So my traveling partner and I got our cameras ready and waited till the middle of the night. It was super cold and I was monitoring the sky activity through my laptop. There were several webcams set up in the area of Porjus and I was looking at it to see if there was any sighting of the Northern Lights. The owner of the house told me that the webcam will pick up the Lights faster than my naked eye.
For the whole night, I was walking to the window, looking up to the sky, walking back to my laptop, and walking to the window again. It was getting colder and colder, especially when I opened the window!
Finally, after hours of walking up and down, I caught a glimpse of the Northern Lights! It was a glimpse. Nothing more. The Lights were not very strong but bright enough for me to see. I was happy but I wanted more! Waited for while more but there was nothing more. Was quite disappointed.
I had 1 more night in Porjus and I prayed that I could catch more of it the next night. Went to sleep in the wee hours of the night. Hopefully, could capture the Northern Lights on camera the next day...
After spending 1 day in the small village of Porjus, MY LIFE WAS NEVER EEEEEEEEEEEEEEEEEE....................................EEEEEEE............................EEVER, THE SAME, AGAIN!!!
Posted by Peter Lau at Wednesday, January 11, 2012