If there is one country that I'll definitely go back; it is none other than Sweden. And it is not because it is the home of IKEA and H&M...
Arrived in Stockholm in the mid afternoon. The train station wasn't particularly big or as impressive as their European counterparts. Took a 15mins walk to the hostel.
Dropped my haversack and off I went.
(A street in Stockholm) 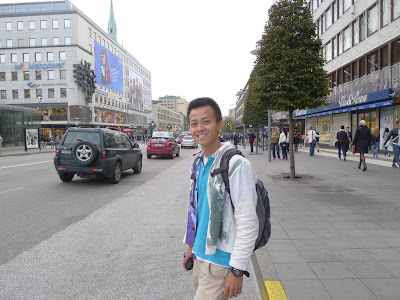 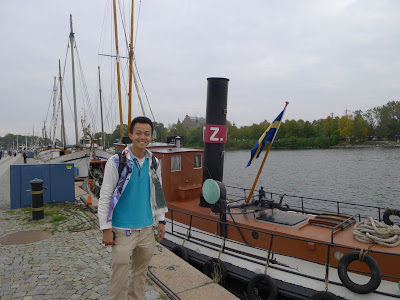 (Vasa Museum, a preserved 17th Century Warship:
One of the most popular museum in Stockholm) 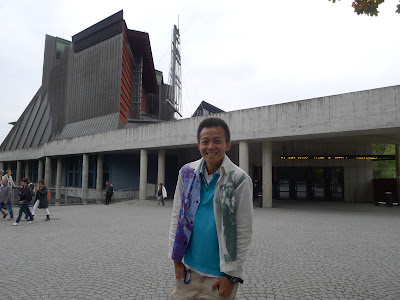 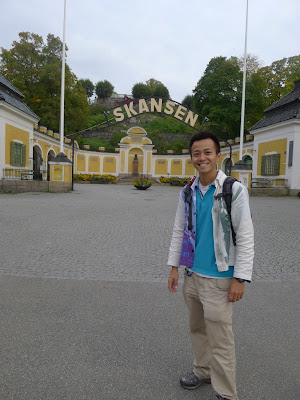 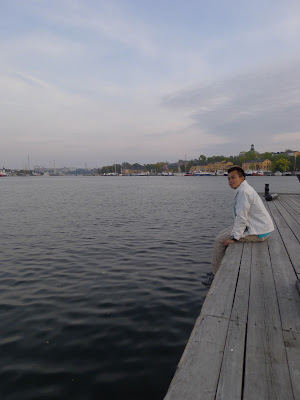 While I was walking to the Museum, I saw 2 mothers sitting on a bench with their babies. They were just chatting away and somehow I felt compelled to ask them for directions. Usually after asking for directions, I would ask for recommendations for local food. I have been to so many cities and that became sort of a standard "questioning routine". The mums were really friendly and straightaway recommended me a place that serves the best Swedish Meatballs in Stockholm! Super excited!
They warned me though, that the price was on the steep side.
I found "Prinsen Restaurant" quite easily. The waiter recommended beef filet with fried potato cubes. So I ordered that and a plate of Swedish Meatballs. Let me tell you this: If you have time for only one meal to eat in Stockholm, you MUST definitely try the Beef Fillet with Fried Potatoes at Prinsen.
It was the BEST Beef Filet steak I have eaten. I haven't tried a Beef Steak that was so tender, juicy and aromatic at the same time. When I ate the Fried Potato Cubes, I just went "Ooooooooohhhhhhh". They served with a special kind of sauce that was made from egg. The Potato with egg sauce was amazingly delicious.
I can now officially declare that this is one of my top 2 favourite dishes for my whole in Europe! (The other one was the food I ate in Madrid.) I can't fully express how much I love this Beef Filet with Potato Cubes.
(One of my top 2 Favourite Dish - Beef Filet Steak with Fried Potato Cubes) 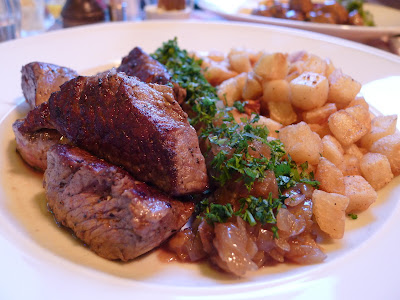 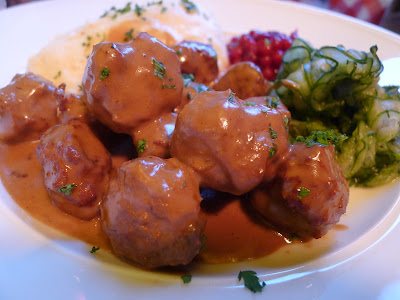 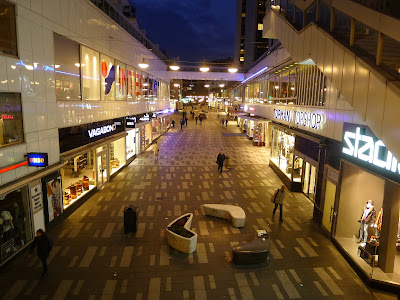 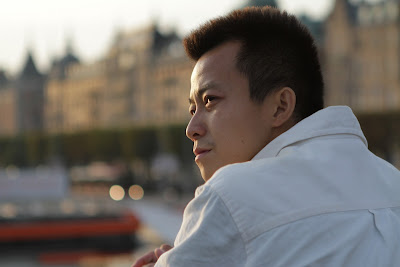 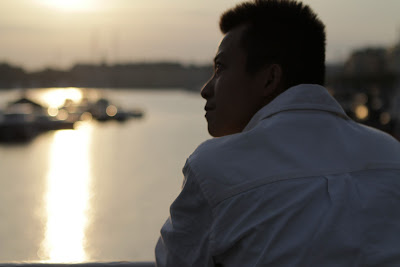 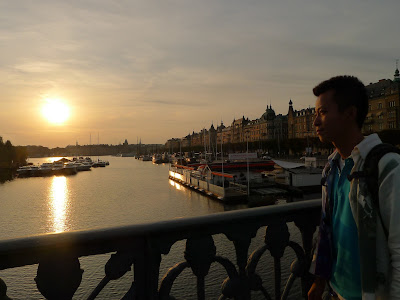 Took a nice walk around the capital of Sweden. Bought some groceries at the supermarket and went back to the hostel.
27 Sept 2011 (Day 58)
My second day in Stockholm.
Stockholm is made of different big islands and I went to explore an area called SoFo in another island quite far from the city.
Walked past the old town.
(Old Town) 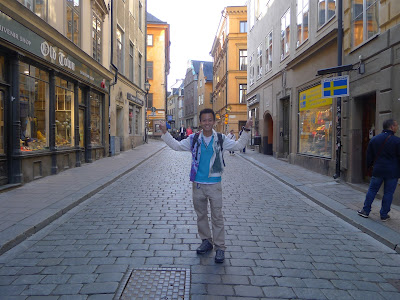 (Outside The Royal Palace) 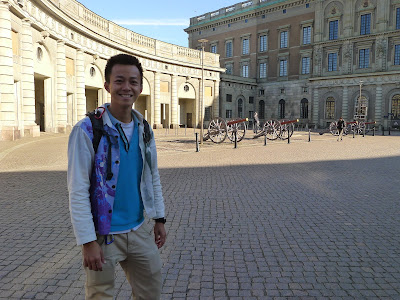 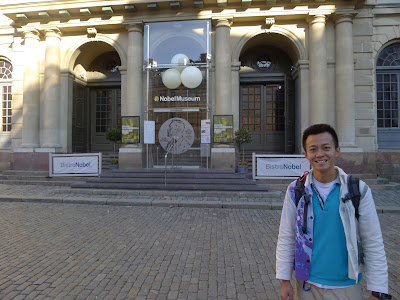 (Restaurant Gondolen - Dinning with a view!) 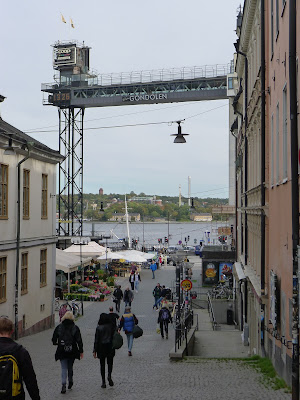 Since I was in the home of the most famous furniture store, I had to make a trip there. In Stockholm, you will find the WORLD'S LARGEST IKEA store. I heard that there was a free shuttle bus that leaves neat the train station every hour but I couldn't find the pick-up point. I asked many people but they all seemed to be unsure about it or they gave me the wrong directions! Well, you have to first understand that most people in Stockholm are not from Stockholm. That was why.
After walking in circles for more than 45minutes, I finally found the IKEA Shuttle Bus pick-up point. Just made it in time for the bus, otherwise I had to wait for another hour! The bus ride took about 20mins and I arrived at the WORLD'S LARGEST IKEA!!!
(World's Largest IKEA) 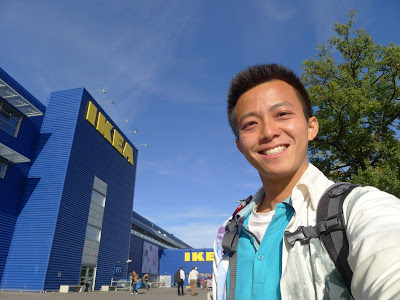 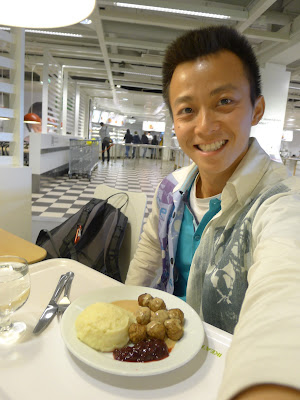 Walked around the WORLD'S LARGEST IKEA and went to buy the Hot Dog when I left. Surprisingly, the Hot Dog there is cheaper than the one at Singapore's IKEA. It is lesser than SGD $1!!! Probably the cheapest food I've seen in the whole of Stockholm!
Took the shuttle bus back to the city near the train station and walked back to my hostel. By the way, this is one of the better hostels that I've stayed in during my whole LAND TRIP.
(Hostel's common area) 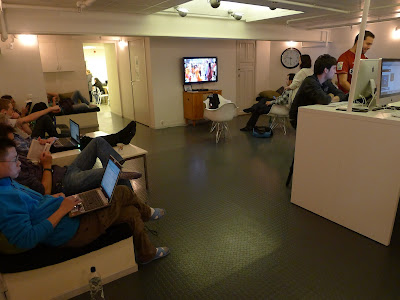