Went to the home ground of the Spanish & European Champion - F.C. Barcelona!
9:40am. Arrived at Nou Camp but it wasn't open until 10am. Walked around the huge stadium and took lots of cheesy photos to kill time.
10am. The gates opened and thousands and thousands of fans rushed into the stadium to get tickets! No. There wasn't. I joined around 20 people in the queue to buy entrance tickets.
Went in and the first place that all visitors will enter is the Museum and Trophy Room. 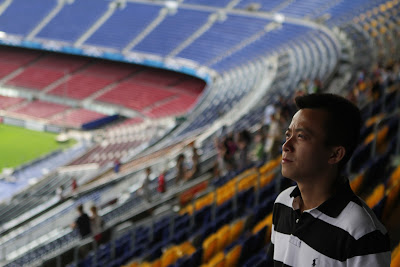 The Nou Camp is the largest stadium in Europe with a seating capacity of 99,354. However, when I was there, it didn't feel that big to me. Not sure why. 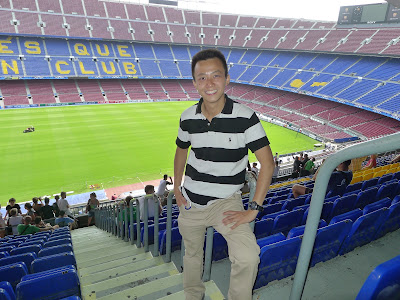 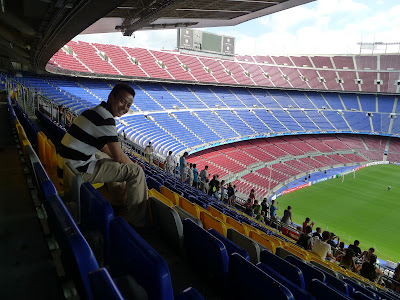 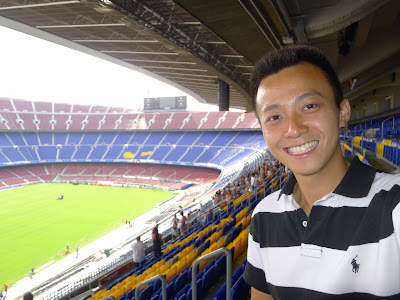 I am not a Barcelona fan so I wasn't particularly excited to be there. I was just glad that I was there. After all, it is one of the most famous stadiums in the world! 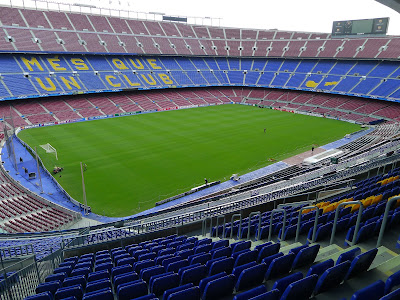 Barcelona was going to have a Champions League match the next day with AC Milan. So a lot of preparation works were going on and some areas were closed to visitors. Players dressing rooms included. What a waste! Otherwise, I could have gone into the place where Lionel Messi changed and showered. Ok, that sounded wrong. But hey, he is a former FIFA World Player of the Year (2009) and arguably the best player in the world today. So it will be nice to go to the place where he was before and after his match right? 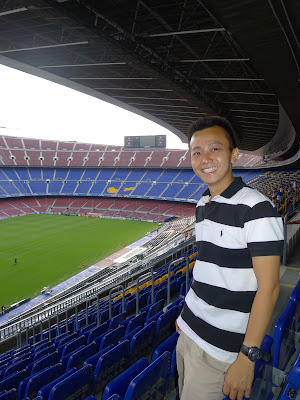 Barcelona is one of the most interesting cities in the world. It is vibrant, full of life and has remarkable architecture throughout the city. The architecture really makes it interesting. More specifically, Barcelona is well known for Gaudi architecture. Antoni Gaudi was a renowned Spanish Catalan Architect and most of his works are situated in Barcelona.

So I went to Parc Guell, a garden complex with architectural elements designed by Gaudi. It is situated at the top of a hill and it was a long walk up. The good thing was that there were escalators at the side of the hill to help you ascend! Of course, I still had to walk up a good portion of the hill and it was really steep. 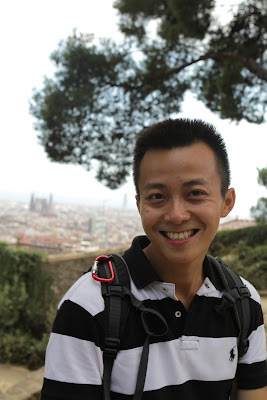 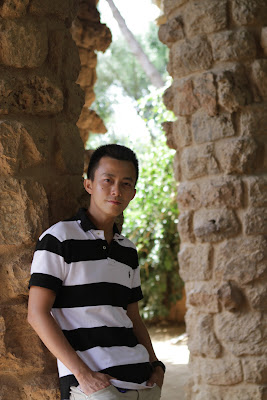 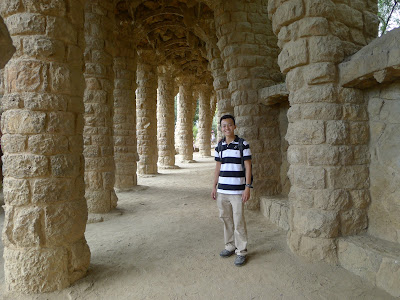 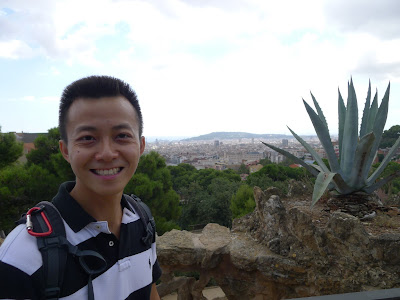 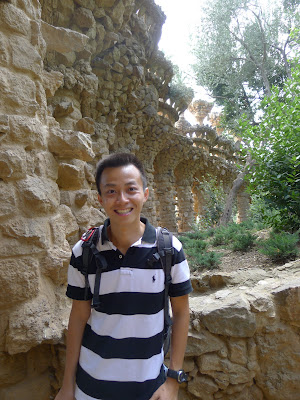 Then I went to the most famous work of Gaudi - Sagrada Familia. The irony is that his most famous work is still uncompleted. Construction of the church began in 1882 and Gaudi took over the project in 1883. When he passed away in 1926, the project was still less than 25% complete! Now, after more than 100 years, it is still not finished! 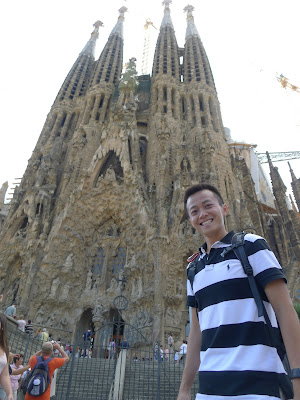 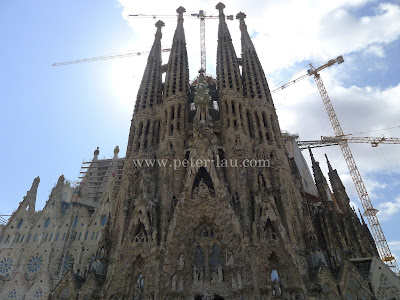 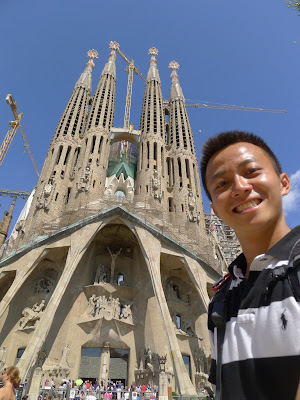 Construction works are still going on and the estimated year of completion will be in 2026 or 2028. This must be the longest church construction ever!

The busiest and most lively street in Barcelona is La Rambla. This is a famous tree-lined pedestrian street that is mostly occupied by tourists. I heard that there many pickpockets in that area so I walked down that street pretty quick. 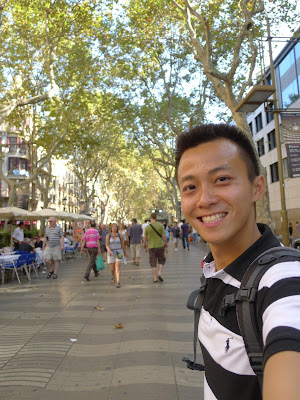 Took a stroll along Passeig de Colom, which is a wide avenue lined with palm trees near the port. It was a scenic stroll. 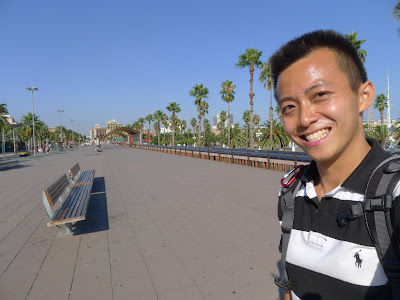 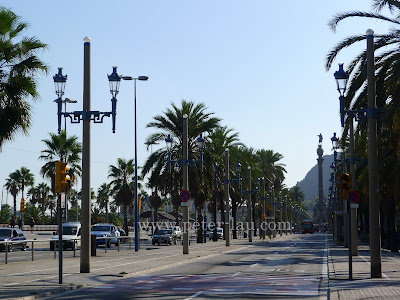 Then I had Spanish food at Euskal Etxea, a stylish Tapas bar in the heart of old town Barcelona. I ate Pinchos, which composed mainly of hams, cheeses, other meats or seafood served on a slice of bread held together by a toothpick. This is a typical snack of the Basque Country. It was good! Considering that Pinchos are usually eaten as an appetizer, it was filling for me and was like a main course! 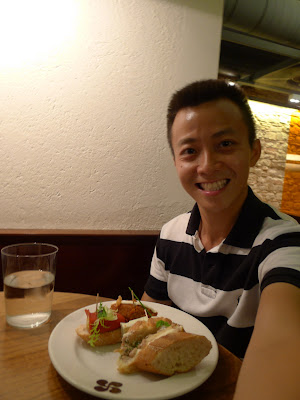 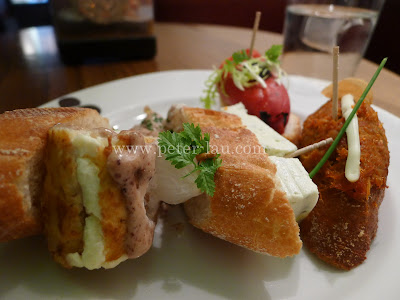 Then walked along the beachfront boardwalk. It was a beautiful long walk. 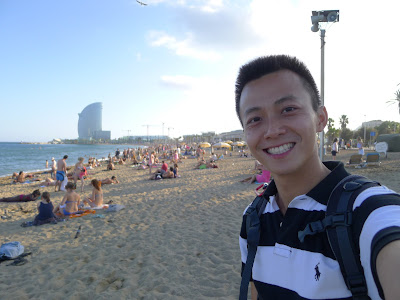 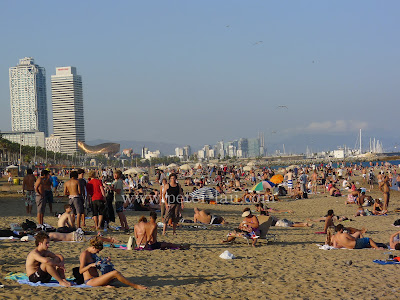 I heard that there is a Magic Fountain in Barcelona that has a stunning light, water and music display. However the "performance" only happens on Thursday to Sunday. I was there on a Monday. So I saw the fountain without the Magic. 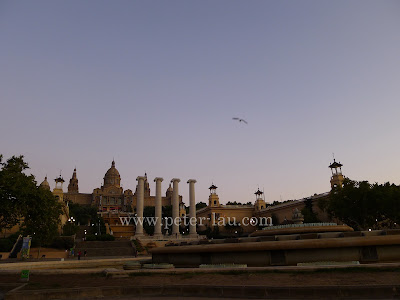 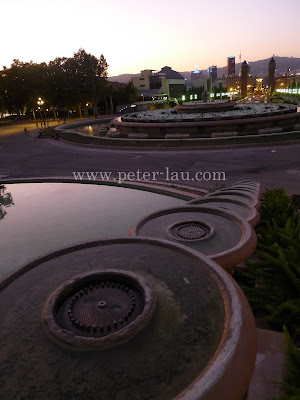 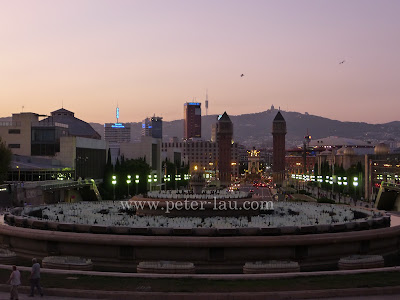 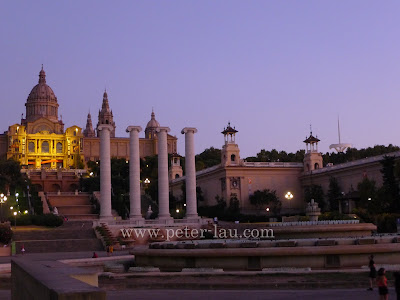 As you can see, the sky is getting dark. Took the metro to my hostel. Cooked some eggs for dinner and rested for another night in Barcelona.

I have no idea how long I walked in Barcelona that day. But I knew that I was walking 90% of the day! The only times I wasn't walking were: when I was eating and when I was taking photos. Tired...

Need to rest before catching a train to Madrid the next morning!