Greetings from sunny Singapore! Just got back from the second-largest archipelago in the world--The Philippines! More specifically, Manila. This amazing country comprises of not just hundreds of islands, but 7107 islands. I think that is a pretty big number!
To be honest, I didn' 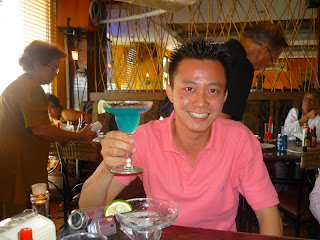 t expect to travel to Manila this year. I didn't plan to come here. My Uncle was. So he kindly invited my family along. As a person who doesn't like to let opportunity slip away, I eagerly accepted the invitation. So there I was at the eleventh largest metropolitan city in the world.

Allow me to share with you the most fascinating thing during this trip. It happened right after we landed in Manila. As we got into the car, we noticed that a policeman was waiting on his motorcycle for us! No, not to arrest us, but to be our escort! Yes, as in escort! To escort all of us to our hotel! Like those you see in the movies where the police clear the way on the road for some very important people! Apparently, my uncle was a VIP and so we were all treated like VIPs! Haha... I didn't know that I would be a VIP on this trip, I only know that I am a Very Irritating Person (VIP) to some people...Haha... Don't laugh!

So after we got into the car, the policeman led the way with his huge 1200cc motorcycle. The roads were packed with cars and he cleared the road for us! He was sounding the horn after every few seconds and was raising his other hand to stop vehicles from entering into our lane. Then something happened. The policeman led us to the adjacent road where the cars are moving in the opposite direction. It means that the cars are coming towards us! We are moving against the flow of traffic!!! I couldn't believe it! Can you imagine that you are moving in a car with a whole lot of other cars coming towards you?

For a moment, I was scared. But after that, I thought I was invincible!

When we reached the hotel, I don't remember that my car stopped for more that 1 second throughout the whole journey. Except at the hotel, of course! What would normally take a 20-30 minutes drive took only 10 minutes! Cool huh?

I didn't expect that kind of treatment but I didn't complain either. I just quietly followed.

Hey, I am the kind of person who doesn't take things for granted and I know I wasn't the one who was the VIP, but my uncle. So I have to thank him for the experience. And what an experience it was!

I still treasure and remember such experiences. Never take anything for granted. I am always fascinated by such things.

During the evening, we went for a sumptuous Japanese dinner, with the biggest and freshest tempura I've eeeeee......eeeee.......eever, eaten. Slurp.... Then we were invited to watch a musical show with lots of acrobatic performance thrown into the mix. I was surprised when I found out later that each ticket cost about SGD $155! It is very expensive by my standards. In the end, I did enjoy the show but didn't think that it justifies the price tag. Haha...at least I got an inspiration for a dance move from the show. 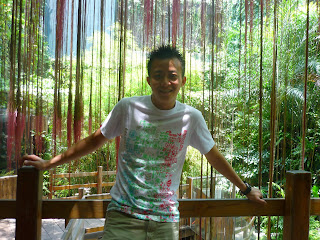 It was a very short trip and I didn't get to explore much of the city. For the rest of the trip, it was spent on shopping, eating and just chilling out. Given more time, I would love to explore many of the beautiful islands, waterfalls and mountains (volcanoes included) that the Philippines has to offer.

Hello Peter,
I'm a Superteen from the December Camp in 08', after reading this post and looking at the nice pictures I think Manila is a place I would want to go to visit next time too :)
Cheers and I'd hope you'll remember me.
Wenying

Hi Wenying! Of course I remember you! Haha...How are u? Hmmm...if you are looking for nice places to visit, you must explore the other islands too.